29 Best Quotes from ‘The Midnight Library’ by Matt Haig

Readers around the world fell in love with the Midnight Library quotes and book by Matt Haig. The novel became an instant bestseller when released and won the Goodreads Choice Award for Fiction 2020.

Along with The Midnight Library book, author Matt Haig has also written a few more novels, including Reasons to Stay Alive, Notes on a Nervous Planet, as well as several young adult books like How to Stop Time, The Humans and The Radleys.

In this write-up, you will find The Midnight Library summary in brief, best Matt Haig quotes, and much more.

What is The Midnight Library About?

“Between Life and Death there is a Library,” she said. “And within that library, the shelves go on forever. Every book provides a chance to try another life you could have lived. To see how things would be if you had made other choices.”

Through a unique story of the in-between library, this book has a lot to offer. The Midnight Library by Matt Haig is one of the most talked-about books of 2020.

Matt Haig is no stranger to writing about mental health. But this particular book garnered so much love as it was delivered at the appropriate time IMHO. The pandemic had hit worldwide and everyone was confined to four walls without the welcome company of family and friends. Suicidal tendencies and anxiety and depression grew.

The Midnight Library by Matt Haig was a reminder in the tough times, that all is not lost. You still have a choice, make the right one. Don’t worry if it doesn’t work out. Start with a new choice again.

Here’s a list of the top Matt Haig quotes from The Midnight Library book that will give you a look into the depth of this wonderful story.

“It was interesting, she mused to herself, how life sometimes simply gave you a whole new perspective by waiting around long enough for you to see it.”

“If you aim to be something you are not, you will always fail. Aim to be you. Aim to look and act and think like you. Aim to be the truest version of you. Embrace that you-ness. Endorse it. Love it. Work hard at it. And don’t give a second thought when people mock it or ridicule it. Most gossip is envy in disguise.”

“The only way to learn is to live.”

“She realised that she hadn’t tried to end her life because she was miserable, but because she had managed to convince herself that there was no way out of her misery.”

Also read: 16 Best Quotes from The Help by Kathryn Stockett

“A person was like a city. You couldn’t let a few less desirable parts put you off the whole. There may be bits you don’t like, a few dodgy side streets and suburbs, but the good stuff makes it worthwhile.”

“We only need to be one person.
We only need to feel one existence.
We don’t have to do everything in order to be everything, because we are already infinite. While we are alive we always contain a future of multifarious possibility.”

“The lonely mind in the busy city yearns for connection because it thinks human-to-human connection is the point of everything. But amid pure nature…solitude took on a different character. It became in itself a kind of connection. A connection between herself and the world. And between her and herself.”

The Midnight Library quotes about honesty and truth

“Sometimes just to say your own truth out loud is enough to find others like you.”

“She realized that you could be as honest as possible in life, but people only see the truth if it is close enough to their reality.”

“It is quite a revelation to discover that the place you wanted to escape to is the exact same place you escaped from. That the prison wasn’t the place, but the perspective.”

“We only know what we perceive. Everything we experience is ultimately just our perception of it.”

The Midnight Library quotes about regret

“Regrets ignore chronology. They float around.”

“Sometimes regrets aren’t based on fact at all”

“It is not the lives we regret not living that are the real problem. It is the regret itself. It’s the regret that makes us shrivel and wither and feel like our own and other people’s worst enemy.“

“Fear was when you wandered into a cellar and worried that the door would close shut. Despair was when was the door closed and locked behind you.”

“Love and laughter and fear and pain are universal currencies”.

“To be human was to continually dumb the world down into an understandable story that keeps things simple.”

“And that sadness is intrinsically part of the fabric of happiness. You can’t have one without the other. Of course, they come in different degrees and quantities. But there is no life where you can be in a state of sheer happiness forever. And imagining there is just breeds more unhappiness in the life you’re in.”

Matt Haig quotes about seeing things from a new perspective

“As Thoreau wrote, ‘It’s not what you look at that matters, it’s what you see.”

“Want,’ she told her, in a measured tone, ‘is an interesting word. It means lack. Sometimes if we fill that lack with something else the original want disappears entirely.”

“Disobedience is the true foundation of liberty. The obedient must be slaves.”

“Librarians have knowledge. They guide you to the right books. The right worlds. They find the best places. Like soul-enhanced search engines.”

Read next: 27 romantic Nicholas Sparks quotes that will make you fall in love

Hope you enjoyed reading The Midnight Library quotes by Matt Haig. Which of the lines are your favourite? 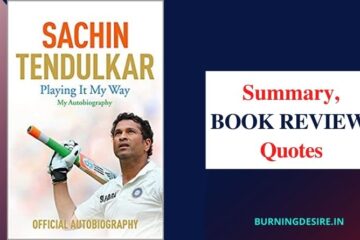 Playing It My Way is the autobiography of Sachin Tendulkar. When we think of cricket, we are indirectly thinking of Sachin Ramesh Tendulkar. That’s the kind of cricketer he was.  In 2014, I read an Read more… 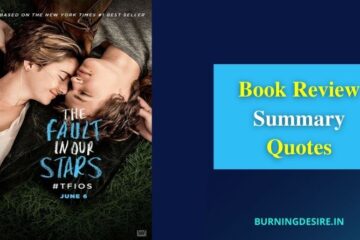 The Fault in Our Stars: Review, Summary, Quotes

My friends and connections on social media often ask me- What is your review of The Fault in our Stars book? I had read this novel around five years ago. I didn’t use to run Read more… 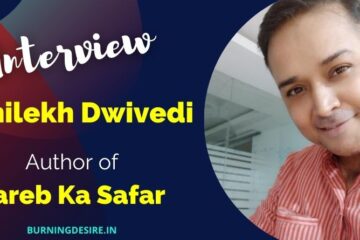 “I spend my time writing books the way you spend yours with kids,” – Abhilekh Dwivedi

Introducing you to Abhilekh Dwivedi, the author of a number of books, Senior Copywriter at Mirchi FM, and a freelance writer. He has been into writing for almost a decade now. Before publishing his first Read more…