How to Use Character’s Death to Make Strong Impact on Readers?

A good story is one written with the intention to capture the mind of the reader, influence his or her thoughts, and hopefully impart a positive change in them.

If a story doesn’t get your readers talking about their favorite characters,  parts of the story which they resonated most with, or whatever it is your characters did gain the readers’ attention… it’s probably not good enough.

Readers remember what moves them.

Remember the saying “you may forget what I said or did, but you won’t forget how I made you feel”  in the case of a good writer’s story; your readers may forget the storyline, the plot, the beginning or the end… they won’t forget how your story made them feel.

How well your characters played their roles and how much impact those roles made on the readers.

Speaking of compelling characters, the death of one or two of them pending on the structure of the story will kick your readers right in their guts. And if written well, it’ll wreck them totally.

Show a lot about the character before he dies

The readers should be very much connected to that character you want to kill off. The character should have plenty of scenes showing;  his daily lifestyle, what he’d always wanted to become, his dreams, every hard step he’s taking to achieve a particular goal.

Let him die halfway through the journey

Not at the end of the story but at the moment when his death will leave a hole in the story. He should die when things are about to work out for him. Let’s say Michael is in his final year in school, he’d become a medical doctor in a matter of months then he dies in a hit-and-run car accident few days after his exams.

Just like that (and this Michael has to be someone the readers love so much, probably because he’s so hardworking and grew from a poor background…)

The dead character should have a goal so big they are not able to finish it and death came.

The prodigal grandson who supposedly has a bright future decides to change and boom, a mishap occurs and he dies. Or a daughter who doesn’t believe in love but later on decided to settle for the sake of pleasing her parents, then she dies in the hand of a “woman beater” of a husband who had given her nothing but problems in their marriage.

A lover who would do anything for wealth or money, a friend who would kill for power all in the name of “it’s just business nothing personal”

Other characters should miss him

Their grief over his absence should affect them totally.

He should die at a time when there isn’t even enough space to mourn him properly.

Give your readers more info about the dead character

Something if had been discovered, the character would still be breathing.

Should be good enough to make your readers wish the argument didn’t happen.

Something the other character will probably blame himself for and wish he or she could go back in time.

Also read: The 11 Most Devastating Deaths In Books

if he was alive, their company would not have gone bankrupt, he’s good with communication and he knows the right people for the right tasks.

Don’t kill everyone important just one or two useful characters and do it sparingly. It’ll jerk tears and shatter hearts more than what a blood bath will do.

Showing us the dead character knew he’d die and not the others before he actually dies, will hurt the readers.

Suggested reading: 7 epic writing tools that every writer must be using

Make their death be in vain

He happened to be collateral damage to a cause, whatever the option, it should be a case of a cruel casualty, not heroic death. When I shot Louis, I wanted you to see how it’d be, if you decide to disobey or betray me again.

Writing is all about experimenting. Try other methods but keep it far from a perfect ending. If you’ve got plenty of options, go for the most emotional.

The one who would have made the best partner to the main character’s adventures.

More lessons are learned from tears and broken hearts than from cool happy endings.

Hope these tips help. You don’t have to apply everything in every story. The nature of your story determines the kind of death which is best suited for a particular character.

Read next: 7 Best Book Promotion Ideas & Strategies for Authors in 2021

Zenstateofmind is a freelance creative writer who contributes to magazines, websites, and blogs. She also offers ghostwriting services for private clients seeking help with their novels. She resides in Nigeria. In her spare time, Zen shares stories and writing tips on her blog: www.writerzenstateofmind.wordpress.com 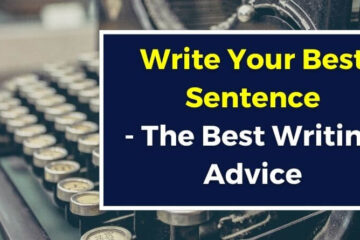 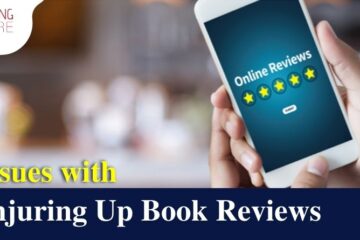 It’s definitely true that one of the first goals every author should have with their new book is getting reviews on Amazon, GoodReads, and really everywhere possible.   Why? It’s just true that books with lots Read more… 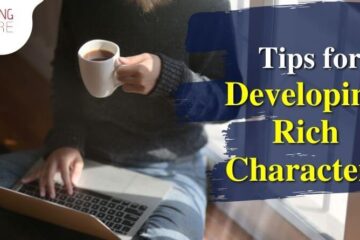 Looking for effective tips on developing characters in writing? Writing a novel can be a daunting task, especially for beginners. There are so many different things to juggle in your head—plot, world-building, pacing, and more. Read more…