“I spend my time writing books the way you spend yours with kids,” – Abhilekh Dwivedi

Introducing you to Abhilekh Dwivedi, the author of a number of books, Senior Copywriter at Mirchi FM, and a freelance writer. He has been into writing for almost a decade now. Before publishing his first poetry in 2017, he had contributed to several anthologies comprising short stories and poems.

Read on as author Abhilekh Dwivedi talks about his latest book Fareb Ka Safar, journey as a writer, other novels and poetries written by him, favourite authors, and much more.

1. Let’s begin with a brief introduction of yours and a brief overview of your latest book– Fareb Ka Safar.

Apart from being an author, I work as a Senior Copywriter at India’s leading FM station, Mirchi FM in Lucknow. Prior to that, I was a retail professional and a freelance writer. So, currently, I do get paid for what I write. I still do freelance writing & when I am not writing, I love travelling, trekking and watching movies. You can say that I am always searching for stories through every possible medium.

2. From where did you get the idea behind your story? Do the characters come from real-life incidents or from your own imaginations?

The idea came when I first read about data privacy and possibilities of infringement, if you can recall the incident where every telecom operator was criticised. After that, I discussed a few things with one of my friend who is the founder of a podcast app. From him and with the help of a few books, I learned about AI (artificial intelligence) and the possibilities of privacy invasion.

None of the characters in Fareb ka Safar is related to real-life incidents. Everything is fictional but I tried to make it realistic while picking elements from my surroundings.

3. What sort of reviews are you getting for the book?

Till now, it’s mixed because it’s one of a kind and there’s no such story/novel in any Indian language. The language is more contemporary, edgy, bold and dark as compared to the current trend of Hindi novels. So, things are fine but that’s how my novels perform.

4. Please tell us about your previous books. How many books have you written to date?

After that in 2018, my first novel came- “Char Adhuri Baatein”, which is based on psychological counselling. Again, it was the first of its kind in any Indian language and by any Indian writer.

After that in 2020, “Baaki Batein – Char Adhuri Baatein Part 2”, then “Buddh Hone ka Mann Hai” – poetry book. The last 2 are available only on Kindle.

Then again in 2020 “The Last Murder” a psycho-thriller murder mystery novella as an Ebook on Matrubharti App. “Fareb ka Safar” was initially released on Kindle in 2020. So, to date, I have written 5-6 books

5. Do you remember how it felt when you published your first book? Can you recall the state of mind you were in while writing it, or is it a dispassionate memory?

Though it was a great moment with the first book, the experience was bad because of Publisher’s treatment. But my first novel “Char Adhuri Baatein” brought me an overwhelming response.

I received awards, adulation, invitations to various colleges, events, sessions. It helped me to understand the taste of readers and gave me the confidence to write different things, take risks and keep writing.

Though I don’t have a strong following on social media, my book reaches every part of the country. While writing, I was scared that the book might not do well but I was surprised. People still connect with me because of that book. It took 4 years to complete that book and when I recall the responses, I feel I am more than blessed!

6. You have a great following on YourQuote, complimented by quality content. Would you mind sharing some of your favourite quotes/poems from your YQ profile?

That’s one kind of medium that I use to build my network. Thanks for appreciating that. Here are a few:

7. Whom do you consider your icons when it comes to writing? Any favourite authors?

I never believe in icons as such, because I believe in content. For me, content is more important, even if it’s written by you.

8. Have you always wanted to be a writer or was there a particular moment you thought, ‘I want to do this!’?

Not exactly. But the struggle of freelance writing used to hit me hard. I wished to be different in my family, so I tried. At an event, I saw the favouritism for authors. I thought let’s do this as well. But, now when anybody searches my name on any search engine and they see my profile at the top, this gives me immense satisfaction.

– One author, whom more people should know: Who is it?

Any Indian writer in any Indian language who is delivering some great content like Indira Dangi, Aditi Jain or even Me. 😀

– Do you show your work in progress to anyone? If yes, to whom?

Not usually, but I keep discussing its elements with those who read a lot.

– The best bit of writing advice you’ve ever heard?

There’s an audience for every type of content, so just deliver and market it.

– A line said by your closed one that you never forget?

He is the flag bearer of that legacy which no one cared for in our family.

– Define writing and your relationship with it.

Writing cannot be defined, as it’s a part of everybody’s lifestyle. If you’re not writing then probably you’re occupied with other items of daily routine. My relationship with writing is like a job. If I am not writing, I will be a homeless person.

Must read: “I write the books that I want to read”— Jacqueline E Smith

10. What’s next in the roadmap for Abhilekh Dwivedi? Are you working on a new book already?

Next will be two more novels and I am working on both at the same time. The first one might release in 2022 and the other one will be either in or after 2023. Both are different from each other and from my previous work as well.

So I am spending time with both of them like how you spend your time with kids.

Lastly, thanks for such wonderful questions. I enjoyed it! 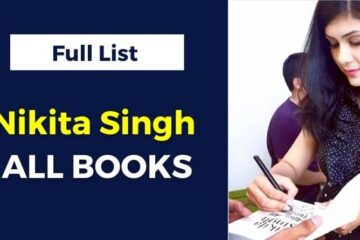 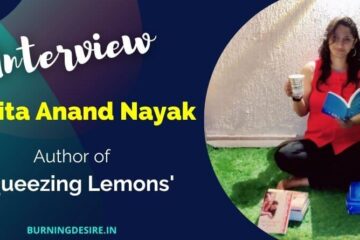 “I’ve always been moved by the plight of the poverty-stricken stratum of society, so I just knew I had to write about it”— Amrita Anand Nayak

Amrita Anand Nayak is the author of “Polka Dots, Pony Tails and Purple Pouts” and “Squeezing Lemons” novels. An IT professional, mother, and bibliophile, Amrita’s debut novel went on to become a national bestseller. Her Read more… 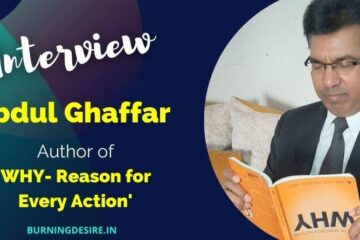 “I wrote the book to encourage, motivate, and help people to achieve their goals”— Abdul Ghaffar

Author Abdul Ghaffar is an entrepreneur, corporate trainer, motivational speaker, and academic by nature. Holding three master’s degrees in Public Administration, Management, and Literature, Abdul Ghaffar has been awarded many accolades throughout his academic and Read more…