Looking for all the Khushwant Singh books, along with short stories and other famous works? We have curated everything in this article so that you don’t have to go anywhere else.

Before talking about Khushwant Singh famous works in writing, let’s have a brief introduction first.

Author Khushwant Singh has been one of the best writers in India. Born many years before the independence of India, he received many awards and rewards for his literary work. He has written a lot of novels, along with poetries and short stories. During the lifespan of almost a century (February 1915 to March 2014), he had played many roles in his life. He had worked as a lawyer, diplomat, journalist, as well as a politician. However, the generation today knows him for his work in literature, which was something very close to his heart.

The Train to Pakistan is the best book he had ever written. This is the book that made him famous as a writer. This book is based on the partition of India in 1947, which he had witnessed with his own eyes. The book was published in 1956, but it is still on the reading list of thousands of readers in India and around the world. In 1974, author Khushwant Singh also received one of the most prestigious awards in India—The Padma Bhushan. However, he returned the award in 1984, as part of a protest named Blue Star. After a few more years, he was awarded the Padma Vibhushan.

Below is the full list of Khushwant Singh books, including the novels, poetry, collection of short stories, etc.

The story of Train to Pakistan book is based on real incidents when the partition of India was going on. In 1947, India was divided into two separate nations, and Hindus and Muslims had to migrate in large numbers.

There were riots where thousands of people were killed, women raped, and properties looted. Train to Pakistan shows what happened in Mano Majra, a small village on the Indo-Pak border, at the time of partition. Both Sikhs and Muslims used to live in the village.

You can read the full review of Train to Pakistan book.

2. I Shall never Hear a Nightingale

I shall never hear a nightingale book by Khushwant Singh is an ancient story about boycotting the rules enforced by foreigners. The main characters of the book are Buta Singh and Sher Singh. Other characters include Champak (Sher Singh’s wife) and Sabhrai (Sher Singh’s mother). A brutal murder changes everything, where the father goes against his own son and the wife goes against her own husband.

3. Why I Supported the Emergency

This book by Khushwant Singh is a collection of stories and essays from the time of the Indira Gandhi government in India. In 1984, the riots took place in the country, and the government had to enforce an emergency. Why I Supported the Emergency is a controversial book that shows the sides of many well-known people in the government, as well as portraits of historical figures.

4. Delhi: A Novel by Khushwant Singh

This book is a combination of fiction and erotica, where the author Khushwant Singh has shown the history of Delhi, meetings with poets, saints, princes, traitors, emperors, and sultans who contributed to shaping the city.

5. The Good, The Bad and The Ridiculous

This is also one of the most famous works of Khushwant Singh. The Good, The Bad, and The Ridiculous book is an entertaining story that shows the untold and private part from history. The book includes stories about Jawaharlal Nehru, Krishna Menon, Indira Gandhi, Sanjay Gandhi, Amrita Sher-Gil, Begum Para, Muhammad Ali Jinnah, M.S. Golwalkar, Mother Teresa, Faiz Ahmad Faiz, Dhirendra Brahmachari, Jarnail Singh Bhindranwale, General Tikka Khan, Phoolan Devi, Giani Zail Singh and Bhagat Puran Singh. This is one such piece that you wouldn’t want to miss in Khushwant Singh books list.

The Sunset Club book is the story of a Sardar, a nawab, and a pandit who are great friends for around four decades. Every evening, they meet at a garden and talk about controversial topics, related to love, religion, sex, scandals, etc. The author Khushwant Singh has tried to show the life and issues of old age people at different times.

This book is good for readers who want to know about the old India, as well as the social complexities and ironies in the country.

7. Death at My Doorstep

In this book, author Khushwant Singh has shown the dead in death through some thoughtful articles. He has taken real-life stories of several personalities as examples, whether things are great, bad, or ugly. These examples include Bhutto, Sanjay Gandhi, M.O. Mathai, Rajni Patel, Lord Mountbatten, to name a few.

8. Women and Men in My Life

In the Women and Men in My Life book, the author has written about a few of the men and women he across in his lifetime. These men and women are the people whom Khushwant Singh met, became friends, and broke up. Most of these people are politicians, lawyers, movie stars, civil officers, writers, and famous personalities.

Suggested reading: 50 Best writers and poets on YourQuote to follow in 2020

Autobiography of Khushwant Singh: Truth, Love, and a Little Malice

The autobiography of Khushwant Singh has been published by Penguin India. In this masterpiece, he has also mentioned his relationship with his wife, first sexual relationship, downfalls in life, as well as achievements.

Other famous works of Khushwant Singh

– A History of the Sikhs

– The Fall of the Kingdom of the Punjab

– Ranjit Singh: The Maharaja of the Punjab

– The Freethinker’s Prayer Book and Some Words To Live By

– Not a Nice Man to Know: The Best of Khushwant Singh

– The Company of Women

– With Malice towards One and All

– The End of India

– Burial at the Sea

– Paradise and Other Stories

– Gods and Godmen of India

– Agnostic Khushwant: There is no God

– Khushwantnama, The Lessons Of My Life

Also read: 7 epic writing tools that every writer must be using

These are a few of the best short stories by Khushwant Singh:

– The Portrait of a Lady

– A Love Affair In London

– The Mark of Vishnu and Other Stories

– The Voice of God and Other Stories

– A Bride for the Sahib and Other Stories

This is the complete list of Khushwant Singh books. He was one of the finest authors of India, who wrote some great novels, short stories, and poems.

Have you read any of the Khushwant Singh books yet? 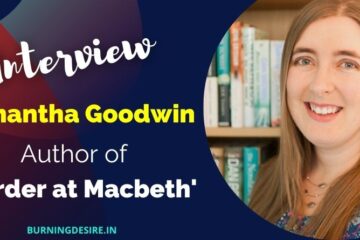 “Write every day. It’s that simple and it’s that hard!” – Samantha Goodwin

Samantha Goodwin has written professionally for her business career as a Chartered Marketing Manager for over a decade before turning her hand to fiction.  As an avid crime fiction fan, she regularly participates in the Read more…

“Along with poetry, Kshitij will soon step into field of fashion & motivation” – Ranjeeta Ashesh

Mrs Ranjeeta Ashesh is the founder of Kshitij- Where Dreams Meets Reality, a poet, motivational speaker, and the author of Sushmaanjali. She aims to serve the emerging writers with Kshitij and help them turn their Read more… 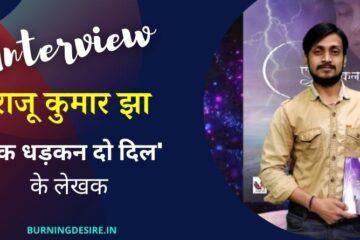