The Test of My Life- From Cricket to Cancer and Back : A Must Read for Everyone

Book title: The Test of My Life

“The test of my life is a story in my own words. It is about my toughest days and how I managed to come out of it. It is about hope, determination and courage to face challenges despite all odds. And believe me, we all have the strength to do it. So keep it up and keep your dreams alive and never give up. God Bless.” – Yuvraj Singh.

The Test of My Life book- Yuvraj Singh Autobiography

The amount of respect and love increased for Yuvi when I read the Test of My Life book. Being a die-hard fan of cricket, I always adored his game, the way he played, hit those massive sixes, those flick shots, and his fielding.

The book is co-authored by Nishant Arora and Sharda Ugra, in Yuvraj Singh’s words. Yuvraj was more interested in tennis and skating than cricket. He won the U-14 Roller Skating Championship, but his father (who was also a cricketer, but a failure) wanted him to play cricket for the country. His father, Yograj Singh, threw the National level medal and told Yuvraj Singh to focus only on cricket, calling skating a girly game.

Yograj Singh used to wake him up early in the morning for practice even during the winters, and once poured a bucket of chilled water on him during a winter morning when he didn’t wake up. He took Yuvi to Navjot Singh Sidhu once but Sidhu was disappointed with Yuvi’s cricket. He said that Yuvi didn’t have cricket in him.

The Test of My Life is one of my favourite books, that made me smile, laugh, and cry. It’s pure inspiration. It doesn’t matter if you’re a cricket fan or not, this book is a must-read, a worth-read.

While talking about Yuvi, nobody can forget his 6 sixes in an over against Stuart Broad of England during T20 World Cup 2007. That was also the match where he scored the fastest 50 in T20 (12 balls).

He continued his form in the next game and scored 70 off just 30 against Australia, and hit the longest six of the tournament in on a Bret Lee ball (119 m).

Next came the 2011 World Cup where Yuvi performed not only with the bat, but also with the ball, eventually winning the Man of the tournament. Nobody can forget the moments when India won the final against Sri Lanka in Wankhede, and Dhoni’s world cup winning six.

It was one thing to get cancer cured, and another to come back and play cricket for the country. This man did, which was no less than a miracle.

“What was seminoma, I asked Dr Ashish at one point. A rarest of rare kind of germ cell tumour, he explained, a manageable tumour. I asked him to explain further and this was his reply: Look, he said, your tumour may not be Sachin Tendulkar, but Virat Kohli it is. He can also be dangerous and after all you do need to get him out. I still laugh at this analogy. Later one day I remembered to tell Cheeku about this and he couldn’t believe how much respect the doctor had given him.”

The Test of My Life: Yuvraj Singh in Indian Premier League (IPL)

He couldn’t play IPL-5 because of his health, but he became the most expensive player for two consecutive years, where Delhi Daredevils bid 16 crore and RCB 14 crore.

“When one is young, aspiring to play for the country, doing well, any hindrance, like injury or being out of form, can be frustrating and a cause of annoyance or even anger. But once you have a close encounter with death, you realise the real value of life.”

I hope the test of my life book review helped you learn more about Yuvraj Singh and his struggle with the cancer.

Where to buy this book?

Virendra Soni is the man behind burningdesire.in. He is one of the most influential book bloggers in India. Along with blogging, he also enjoys content writing & digital marketing. He feels that the passion of his young heart can fuel the growth of emerging authors, businesses, and startups. Along with Burning Desire, he is also working on a few more blogs & websites. He feels weird writing about himself in the third person but admits that it sounds slightly more. 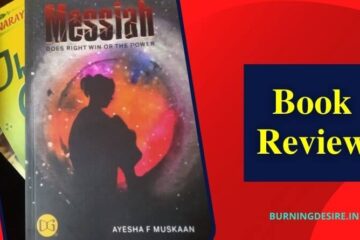 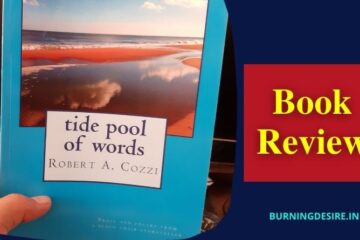 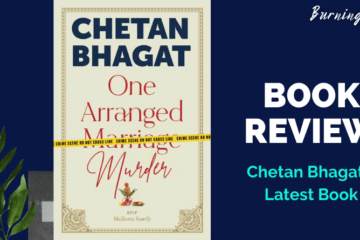